Please note: Click on any image in the article to enlarge.

The Classic version is the name given to the previous look and feel of the system. Important to note, both NextGen and Classic point to the same database. No data migration is therefore applicable.

This article covers Creating Organisation Hierarchy Units for the Classic version of the system.

An Example of the Classic Landing Page 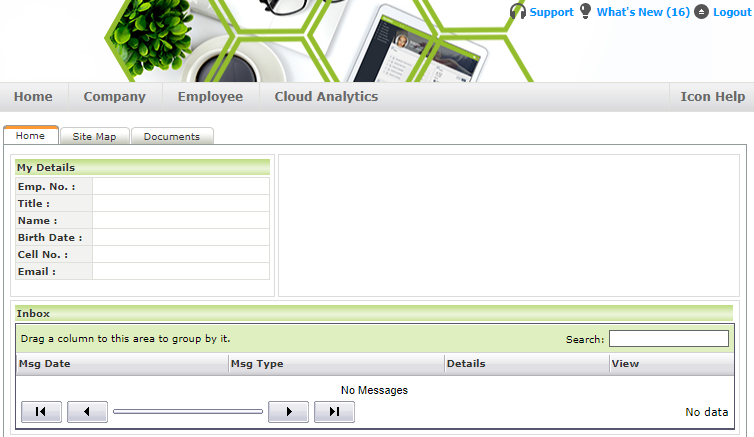 The article that explains the same for the new and improved NextGen version, is coming soon.


An Example of the NextGen Landing Page

This feature is available on Premier and Master.

Example of a first level unit. 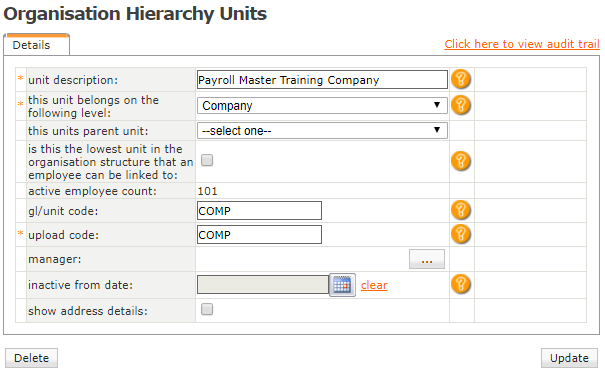 Example of a second level unit. 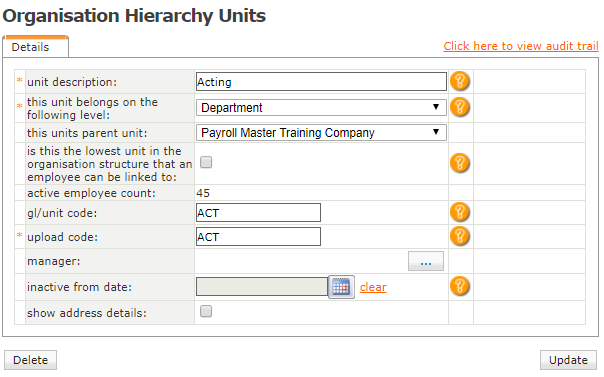 Example of a third level unit. 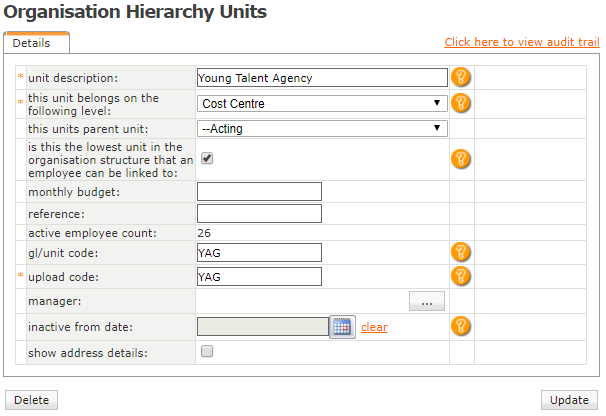 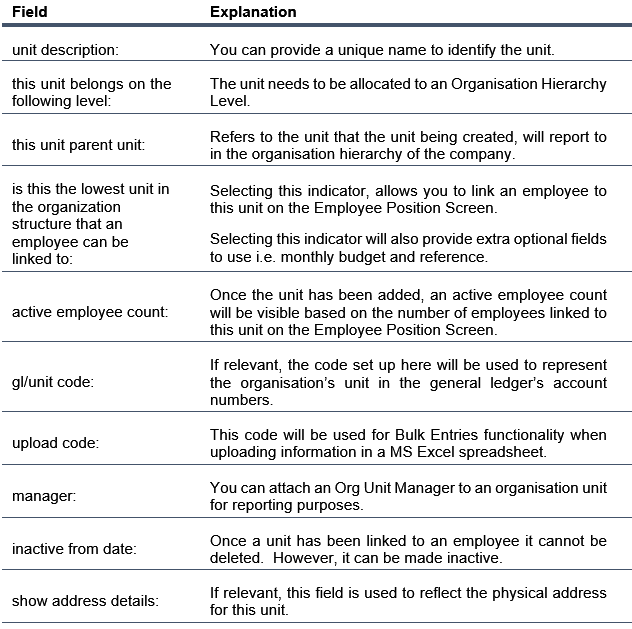 Once all the Organisation Hierarchy Units have been added, the hierarchical view will reflect at the bottom of the screen: 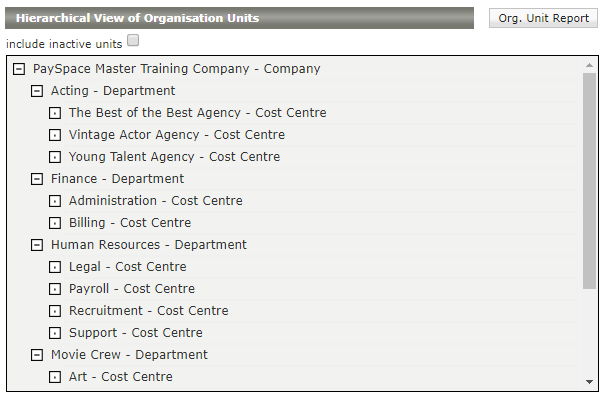